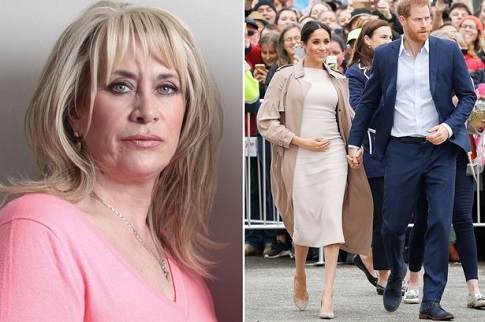 Meghan Markle and Prince Harry have been criticised for their decision to keep news of their royal baby private, with a commentator claiming it's an "unprecedented slap in the face".

Carole Malone said she didn't understand why they couldn't "spend two miserly minutes outside the hospital waving and smiling at people who only want to wish them well".

Speaking on Sky News, she claims the royals should "give something back" to the British public who support and fund them.

The interview comes after Meghan and Harry revealed they will be breaking from tradition and not leaving the hospital publicly with their new arrival after the birth.


They've decided to keep the birth details private and will share the news once they've celebrated "privately as a family".

Carole says: "There we all were looking forward to the arrival of baby Sussex and boom Meghan and Harry make the announcement that there will be no announcement.

"Someone needs to explain to me how a statement announcing the baby’s name, weight and gender, would invade their privacy or deny them precious family time.

"This is an unprecedented slap in the face for those legions of decent ordinary people who love the Royal Family and who see the Royal birth as a joyous, national celebration.

No one is expecting Meghan to parade her baby minutes after giving birth, and, of course, they’re entitled to private time with the Baby Sussex.

"But how hard would it be to spend two miserly minutes outside the hospital waving and smiling at people who only want to wish them well?