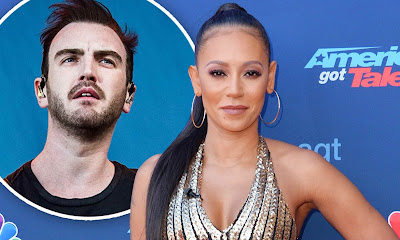 She shocked her reunited bandmates by confessing she'd had a sexy fling with fellow Spice Girl Geri Halliwell.

Now Mel B is cozying up to a new figure: Snow Patrol bassist Paul Wilson, according to The Sun.

The 43-year-old singer and the 40-year-old musician have gotten close after a number of dates around Los Angeles, though their upcoming tour schedules threaten to put the breaks on the relationship.

With a Spice Girls reunion tour less than five weeks away, Mel (real name: Melanie Brown) has reportedly been dating Paul in LA, where she lives.


'Mel is making the most of being single and is finally in a good place to have a bit of fun after a horrible couple of years dealing with her divorce from Stephen Belafonte,' said a source familiar with the Spice Girl.

She’s signed up to a few dating apps to meet new people outside her circle when she matched with Paul.

'He is not her usual type but she thought he was cute, and he clearly felt the same and they’ve since been on a few dates. Mel’s definitely not looking for anything too serious right now, but they got on great.'

The two musicians apparently met after matching on Raya, an exclusive app frequented by celebrities looking for romantic connections.

Paul was in the country following the critically-acclaimed post-Brit Pop band's US Tour.

Despite the burgeoning romance, their disparate touring schedules will keep them separated for most of the summer months.