Model Dies After Jumping Into The Sea To Rescue Her Puppies 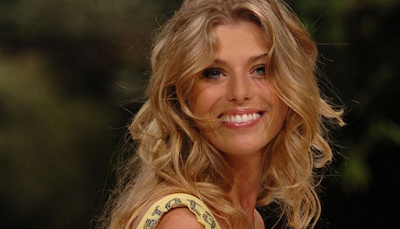 A missing model who fell into the sea during a storm off Sao Paulo has been found dead. Caroline Bittencourt's husband Jorge Sestini was rescued on Sunday around two hours after jumping into the water to make a failed attempt to save her.

The model's own father Orley participated in the search for the 37-year-old and told a TV programme how he helped pull her body from the sea yesterday afternoon.

Caroline, known to Carol as friends, reportedly ended up in the sea after trying to save two pet puppies that had fallen into the water.


Personal trainer Can Saad, a close friend, said: 'She jumped into the sea to save two puppies of hers that had fallen into the water because of the wind.

It was just her, her husband and the puppies on the boat.

'Jorge jumped into the water to try to save her but they became separated from each other because of the storm.

'He had to swim three hours towards the coast to survive.'

The tragedy happened as the couple, who married in January, were near Ilhabela, a large island near Sao Paulo which means 'beautiful island' in English and offers visitors around 25 miles of pristine beaches, hiking trails and waterfalls.

Caroline's agent Andreia Boneti said her husband was in a 'state of shock', adding: 'Jorge tried to save her. He saw Carol drowning and wasn't able to save her.

'It was a terrible moment for him.' 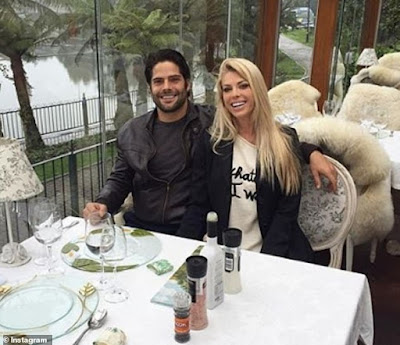