Must Read! Rich Kid Who Thinks Homeless Are 'Lazy' Is Stabbed In His Own Home 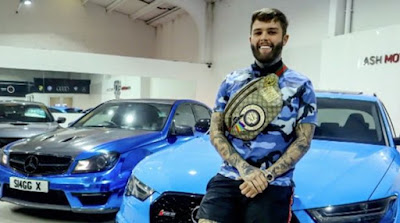 Do read to the end, lol. Rich kid Kieren Hamilton was determined to prove that homeless people could get themselves off the streets if they really wanted to.

The self-made millionaire agreed to take part in 5Star's Rich Kids Go Homeless as he believed those living on the streets were "lazy".

Kieren spent three nights sleeping rough on The Strand in London and despite his confidence that he could beg enough to find a bed for the night failed to get off the streets.

Before embarking on his eye-opening experience, Kieren said: "I feel like homeless people could do a lot more for themselves. They are weak and they're lazy and they shouldn't be. They're already at rock bottom so they might as well just keep trying."


Kieren lives a life of luxury most people only dream about.

His luxury home, which he shares with partner, Jess, and their baby daughter is the best money can buy and the 23-year-old owns £100,000 of cars.

Kieren's wardrobe has also had the bling treatment, with £30,000 of clothes hanging in his closet, including a £1,300 tracksuit.

But his perfect world has been hard earned, with Kieren making his money trading crypto currencies.

And when someone broke into his home, the young father was determined he wasn't going to hand anything over.

He suffered a deep gash to his arm and had to have surgery because of his injuries.

Kieren told the Manchester Evening News: "It was not pleasant at all. I have been stabbed before so it brought all those memories back for me. I did think my life was in danger."

And during his time on the capital's streets, Kieren was given a chilling reminder of that terrifying night.

During his third night of sleeping rough, his perfect teeth - which cost him £4,000 in Turkey - attracted the attention of other rough sleepers.

One accused him of being a police officer and threatened to stab him with a three inch blade.

Kieren, who grew up on a council estate, had to be pulled out of the situation for his own safety by the TV crew.

He said: "Last time it was on my own territory. The second time I didn’t know anybody or anyone around me. I was thinking with the cameras around me, what would happen if I hit him? Can I run away from him?

“Personally I would rather be in prison than on the streets. I have family in prison and there’s definitely more support in there than you’d get if you were homeless.”

Kieren, who claims he can make £10,000 a day, makes his money by trading on the foreign exchange. 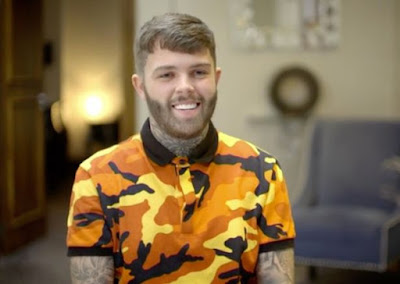