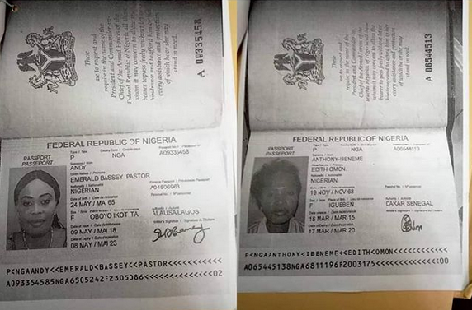 The National Agency for the Prohibition of Trafficking in Persons (NAPTIP) has declared two women, Emerald Bassey and Edith Omon, wanted for allegedly trafficking a three-month-old baby.

In a statement, Nneka Aniagoh of NAPTIP Press and Public Relations Department said the women were involved in the trafficking of the baby from Lagos to Banjul in 2018.

She said that the suspects were travelling with their victim, a baby boy, aboard Air Peace when they were detected by operatives.

She added that the two women escaped arrest while the baby was rescued and is now being raised in a NAPTIP facility in Lagos.


Ms Aniagoh said: “NAPTIP wishes to inform the general public that the two women, Emerald Bassey and Edith Omon, have been declared wanted by NAPTIP over their alleged involvement in the trafficking of a three-month old baby from Lagos to Banjul.

“Anyone with useful information about their whereabouts which will aid the on-going investigations should please contact NAPTIP on 07030000203.”