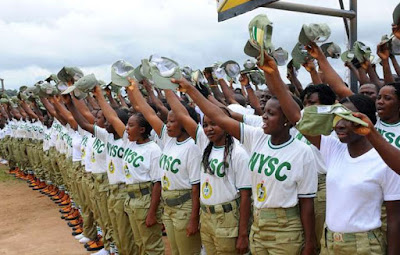 Director-General of the National Youth Service Corps (NYSC) Maj.-Gen. Suleiman Kazaure has threatened to withdraw corps members from Bayelsa State if their security is not guaranteed.

Gen. Kazaure spoke when he visited the Orientation camp in Kaiama, Kolokumo/Opokuma Local Government Area, as part of his tour of the 2019 Batch ‘A’ Orientation Camps. He also visited Governor Seriake Dickson at the Government House in Yenagoa.

The DG, who lamented the death of two corps members – Popoola Oluwatobi Olamide and Gorge Onokpoma, with a third, Anthony Gbenga Dada, seriously injured – urged the Dickson and the security agencies to provide adequate security for youths corps members.


He said: “I have come to see the 2019 Batch ‘A’ corps members in the camp, and to assess some facilities in the camp, but our major concern here is the safety of this young people.

“I am very concerned about the incident that happened last two weeks – where two corps members were killed. We are working with other security agencies to ensure their safety during their primary assignments.