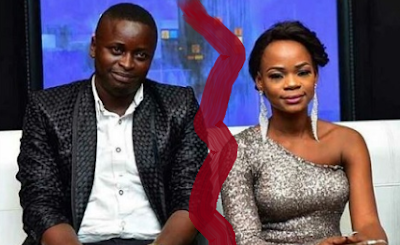 Olajumoke Orisaguna now Chris, is gradually coming up with things that could have led to the collapse of her marriage. Though, the model says she will only speak at the right time, her fans have been trolling her with many saying it is her fault that the marriage didn’t work out.

Now lets refresh your memory. When Olajumoke was discovered on the streets by Ty Bello, her husband, Sunday Orisaguna wasn't in town. He was somewhere in a village according to Jumoke.

Jumoke granted an interview saying he would return soon as things get fine with her following her sudden fame. According to Jumoke, she has been the one taking care of their two kids and Sunday is alleged to have gone to look for a job in another state but has been able to send little or nothing for their upkeep.


Lets fast forward, house came, money came, Sunday returned to Lagos and moved in with his family. Things were fine until now!

Weeks ago, her husband granted an interview saying Olajumoke doesn’t respect him. Then Jumoke responded saying she has been the bread winner and she is tired.

Sources in the know, have also said Sunday is lazy and has not been contributing to the upkeep of the family. To make it worse, Jumoke suffered domestic violence in his hands, they claimed! As it is, Jumoke is just waiting for the right time to talk about what she went through in his hands, so they said!

Replying some of her fans yesterday on twitter, the model tweeted these;

‘’I wish I knew what I know now 3years ago

‘’One person doesn't need to he wrong while the other person is right, both parties could be right...lol

Hmm, i think we should all leave her alone and wait till she speaks. We just might be shocked!!!