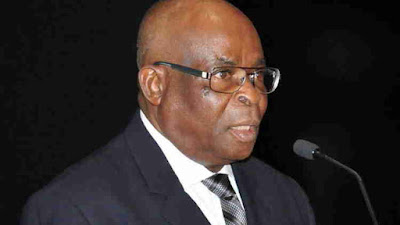 Justice Walter Onnoghen’s name has been removed from the National Judicial Council’s members’ list, preparing the ground for a Justice of the Supreme Court, Justice Bode Rhodes-Vivour, to emerge as the council’s deputy chairman, The Punch reports.

The altered membership list of the NJC was observed on the council’s website at about 7.15pm on Sunday.

The list, displaying 23 members instead of the full membership of 24, shows that the council has yet to have a deputy chairman as constitutionally provided.

It was gathered that following Onnoghen’s exit, Justice Rhodes-Vivour as the second most senior Justice of the Supreme Court would be announced as the deputy chairman at the next meeting of the council.