Oxford Graduate, 25, Reveals She Is Engaged To Her 71-Year-Old Former Professor 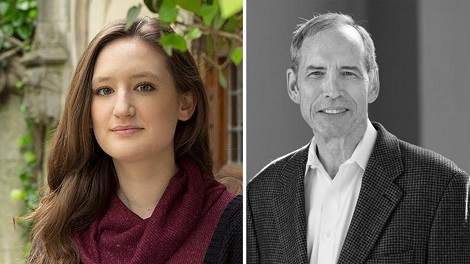 A 25-year-old Oxford University graduate has announced she is engaged to marry her former professor - who is 46 years her senior.

Cameron Platt, who just finished her master’s degree in English and United States history, took to Facebook to gush about her 71-year-old fiancé, writing that their engagement "will come as a surprise to many” after just six months of dating.

She wrote she met Lee Mitchell while she attended Princeton University - one of America's top colleges - where he was head of the English Department.

Platt, who lists Oxford as her home, said she took one of his classes five years ago when she was 20-year-old.


She shared a photo showing her and Mitchell beaming over wine at a restaurant, and another image of a diamond-crusted engagement ring.

She wrote on Facebook: “I was taking his lecture course on Henry James and William Faulkner.

"Lee was little more than a stranger to me then, but he captivated me with his brilliance, sensitivity, and passion.

“His lectures changed forever the way that I think.” 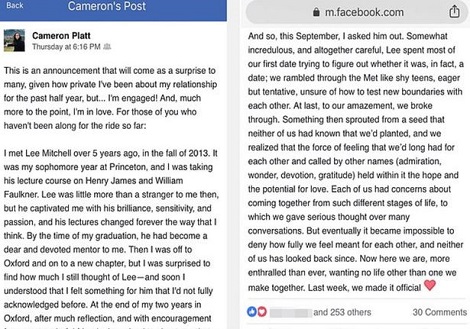