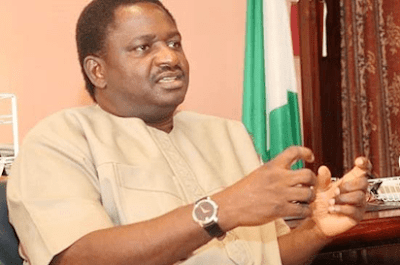 The Special Adviser to the President on Media and Publicity, Mr Femi Adesina, says Nigerians have the right to believe that President Muhammadu Buhari’s trip to the United Kingdom is to seek medical attention.

He stated this on Thursday while featuring on Politics Today which aired on Channels Television.

So those who want to believe it’s a medical trip, they have the right to believe, if it pleases them and makes them happier,” he stated.


His comments follow an earlier announcement that President Buhari will proceed to the UK on a private visit, after commissioning some projects in Maiduguri the Borno state capital.