Photos: 11-Year Old Girl Is Pregnant After Being R*ped In Delta State 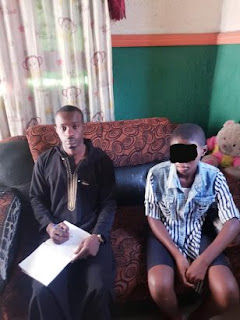 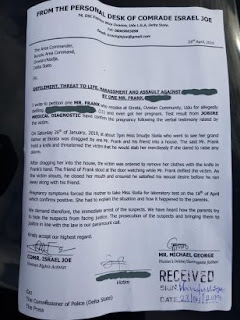 An 11-year-old girl is reportedly pregnant after being r-ped by a man who is now on the run.

According to reports, this happened at the Ovwian Community in Delta state. The girl was allegedly r-ped by one Mr. Frank who threatened her with a knife with the help of his friend and dragged her into a house in the community before raping her. The friend allegedly watched as she was being defiled.

Human rights activist, Israel Joe who is now seeking justice for her, says she got pregnant after the incident. Too sad!
at April 24, 2019