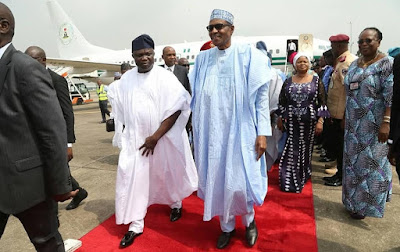 President Muhammadu Buhari has arrived Lagos to commission some projects.

The President upon his arrival was received by the state governor, Akinwunmi Ambode and other governors including, Ibikunle Amosun, Abiola Ajimobi, Kayode Fayemi, Rotimi Akeredolu, Lagos State Governor-elect, Babajide Sanwo-Olu and his deputy  Obafemi Hamzat, amongst others.

President Buhari’s visit is expected to last between the hours 11:00 am and 3:00 pm, during which traffic will be diverted on some key routes around Ikeja and its environs.

The projects expected to be commissioned by the President include; the reconstruction of the Oshodi International Airport Road, Oshodi Transport Interchange, 820 mass transit buses, an ultra modern 170- bed Obstetrics and Gynaecology specialist hospital located within the premises of the Lagos University Teaching Hospital (LASUTH), Ikeja and The Eko Theatre. 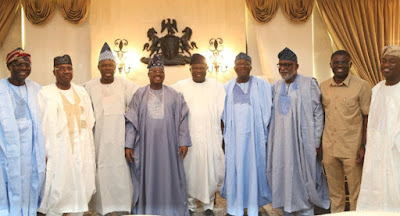 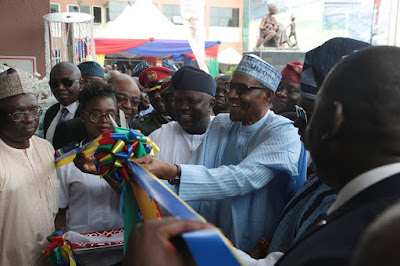 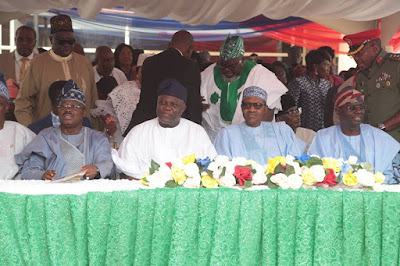 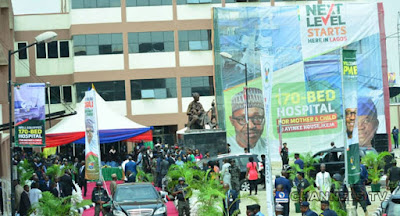