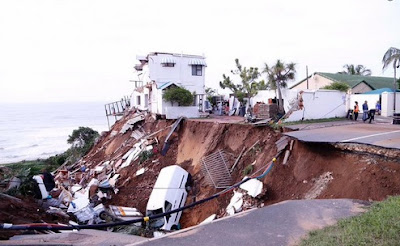 More than 60 people have been killed in southern and eastern parts of South Africa after heavy rains caused flooding and mudslides.

"This situation calls on all of us to pull together as a country to reach out to affected communities," he said in a statement.

Ramaphosa praised the rescue services on Twitter for the "rapid response" and said the floods and mudslides have displaced more than 1,000 people.


The region has been hit by heavy rains for days, but authorities did not anticipate the extent of the downpour late on Monday, said Lennox Mabaso, a spokesman for the provincial Cooperative Governance and Traditional Affairs department.

"As a result, there was flooding and some structures were undermined and collapsed on people," Mabaso said, adding some people were swept away.

Some major roads in and around the port city of Durban have also been closed. 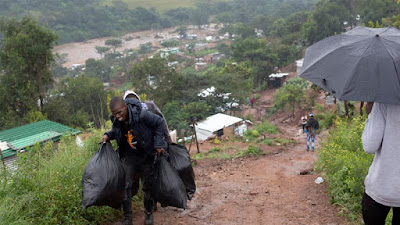