Photos: Naomi Campbell Goes Braless As She Rules The Runway In Lagos 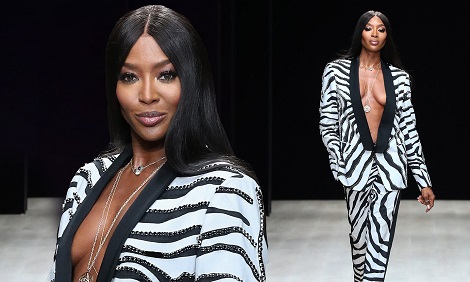 She's reportedly dumped her beau Liam Payne after just four months of dating. And Naomi Campbell appeared to brush aside her recent 'split' as she commanded the catwalk during Arise Fashion Week in Lagos, Nigeria, on Saturday evening.

The supermodel, 48, left little to the imagination as she went braless underneath her quirky zebra print suit, fresh from the Triple RRR collection by Robert Cavalli.


Naomi boosted her modelesque physique in a pair of eccentric black gladiator heels, and accessorised with a selection of sparkly gold bodychains.

With her tresses worn in a straight style, the brunette bombshell accentuated her youthful-looking complexion with heavy strokes of matte foundation and metallic black eyeshadow. 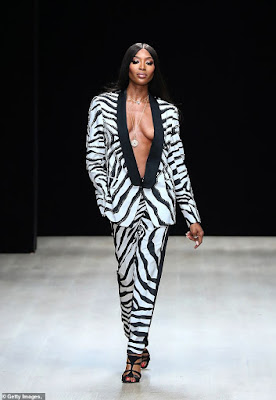 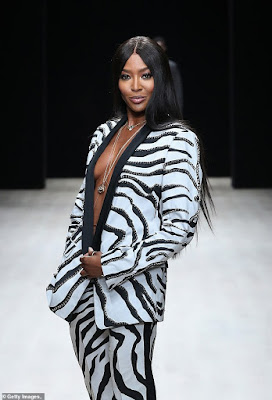 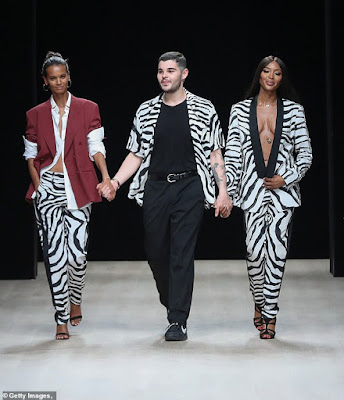