Pink Reveals The Pain Of Having Miscarriage At 17 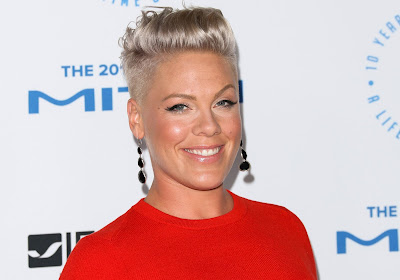 Pink has spoken about the secret heartache of having a miscarriage at the age of 17.

The 39-year-old, who reveals she has had ‘several’ since, said she felt like her body was ‘broken’ and ‘hated her’ because of the miscarriages.

Now a mum-of-two, the musician said she was prepared to have the child after falling pregnant as a teenager as she addressed lyrics on her album Hurts 2B Human.

In an interview with USA Today, Pink said: ‘I’ve always had this very tomboy, very strong gymnast body, but actually at 17, I had a miscarriage.


And I was going to have that child. But when that happens to a woman or a young girl, you feel like your body hates you and like your body is broken, and it’s not doing what it’s supposed to do.

‘I’ve had several miscarriages since, so I think it’s important to talk about what you’re ashamed of, who you really are and the painful s**t.’

On the song Happy, Pink penned lyrics about hating her body and feeling like her body hated her since the age of 17. She first spoke about having a miscarriage during a 2010 chat on The Ellen DeGeneres Show.

The artist, who is married to Carey Hart, addressed her nerves about being pregnant with her daughter Willow, who was later born in 2011. She went on to have son Jameson five years later in 2016.