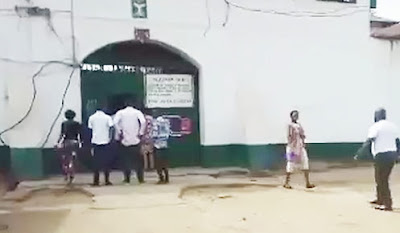 Some warders of the Nigerian Prisons Service, attached to the Ibara Prison in Abeokuta, Ogun State, are currently being interrogated for allegedly plotting with some convicted inmates to perpetrate different crimes, including defrauding members of the public and escaping from the correctional facility.

Punch correspondent gathered that some condemned robbery inmates had, in connivance with the warders, allegedly contributed about N15m for the planned jailbreak.

The calls were traced to the prison. In the course of investigation, some prohibited items were discovered in the cells, including phones.


“The police went further in their investigation and discovered that there was actually a syndicate in the prison and some warders were involved. This was what led to the discovery of the planned jailbreak by the condemned inmates.”

Another source identified some of the inmates allegedly involved in the plot as Olatunji Adeleke and Oladele Ilesanmi.