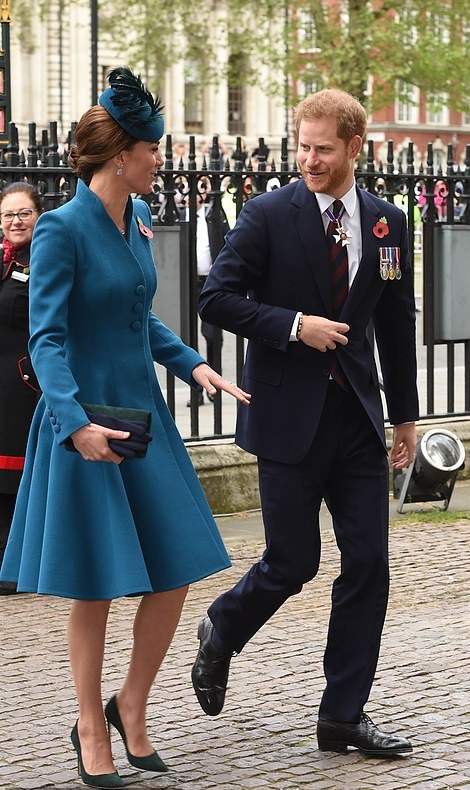 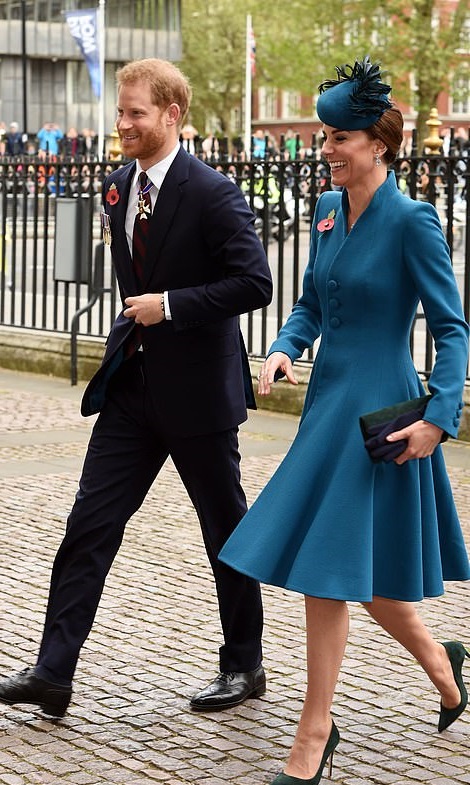 The Duke of Sussex joined the Duchess of Cambridge at Westminster Abbey today as he made a surprise appearance at an Anzac Day service.

Prince Harry, whose first child with Meghan is due any day now, arrived with his sister-in-law Kate around noon to honour the sacrifices of Australian and New Zealand forces.

Harry's last-minute addition to the royal line-up indicates the American former actress is showing no signs so far of giving birth soon, with the duke able to leave his wife to attend the hour-long memorial in central London.

The duke's name had not been printed on order of service because of the possibly imminent birth. His brother Prince William is in New Zealand paying tribute at a service in Auckland to those who lost their lives in battle.


Harry, who looked smart in a suit, and wore his medals, looked relaxed as they waited for the service of commemoration and thanksgiving to begin - and appeared to show no expectant father nerves. 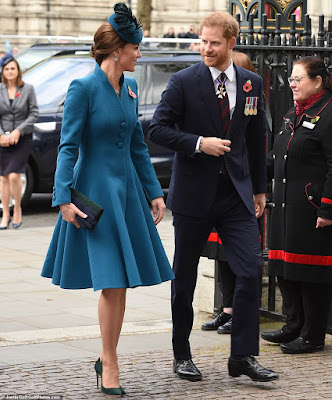 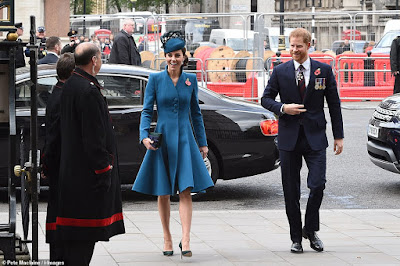