Pupil’s Death: Teacher In Police Net, May Be Prosecuted 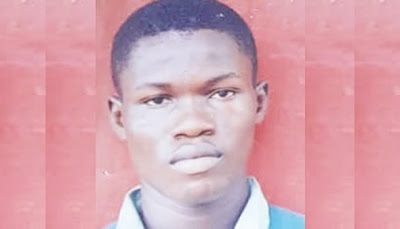 Following the death of a SS3 pupil of the Ijo Mimo High School, Akure, Temidayo Oluwole, the Ondo State Police Command has said the teacher, who allegedly sent him to pluck mangoes, has been arrested.

Oluwole, who was preparing for his Senior Secondary School Certificate Examination, died on Saturday as a result of the head injuries he sustained after falling from a mango tree on the premises of the school.

It was gathered that one of the teachers in the school, identified simply as Mrs Kura, allegedly sent the deceased to pluck some mangoes for her after tutorial class.


The state Police Public Relations Officer, Mr Femi Joseph, told Punch correspondent on Tuesday that the Physics teacher had reported at the police station and she was undergoing interrogation.

Joseph, who said the matter had been transferred to the Criminal Investigation Department of the command, added that the teacher might face prosecution for negligence of duty.

The deceased’s father, Pastor Bode Adegoke, however, said he had left everything to God, adding that the state Ministry of Education had taken over the burial programme.

When Punch correspondent visited the school on Tuesday, it was observed that all the trees on the premises had been cut down, including the mango tree from which the deceased fell