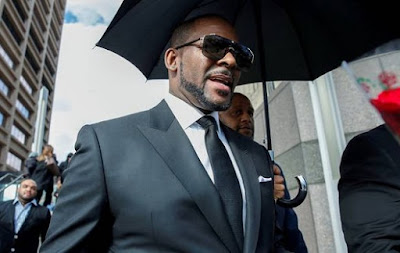 R. Kelly is claiming that a learning difficulty that leaves him unable to read should be a valid defence against sexual abuse allegations against him.

The 52-year-old musician (whose full name is Robert Sylvester Kelly) is currently facing several claims of s-xual assault - however lawyers for the star are arguing a debilitating learning difficulty may excuse him from one recent judgement against him.

An alleged victim called Heather Williams has accused the singer of sexually assaulting her when she was 16-years-old - with the woman winning a default judgement against Kelly this week when he failed to appear in court.


However, his lawyers have claimed that Kelly was in Cook County Jail at the time he was served papers in relation to the allegations made by Heather - and that he was in jail for failing to pay child support.

The lawyers - named by TMZ as Zaid Abdallah and Raed Shalabi - have claimed Kelly was served the papers while he was in jail and that he was unable to read the documents and therefore missed his court appearance as he didn’t know he was expected to take action.

TMZ claim to have documents showing the lawyers claim the singer: ”suffers from a learning disability that adversely affects his ability to read," to such an extent that: "in essence he cannot [read at all].”

As a result, Kelly’s lawyers are requesting the singer be allowed to properly mount a defence and have the recent default judgement overturned.