Sad! Bodies Of At Least 28 Hippopotamuses Are Found In Ethiopia's National Park 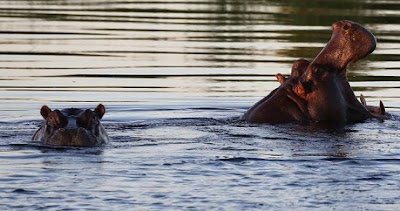 The bodies of at least 28 hippopotamuses have been found in Ethiopia's national park in the southwest of the country.

The semi-aquatic mammals died in the Gibe Sheleko National Park, a part of the Gibe River, local broadcaster FANA said.

Behirwa Mega, head of the park told FANA that the animals died between April 14 and 21 and that the cause of their deaths is presently unknown.

The Gibe Sheleko National Park, was only established in 2011, is reportedly home to about 200 hippos and covers approximately 36,000 square kilometers in land area.


Although the cause of death of the hippos remains unclear, the animals are described as vulnerable on the International Union for Conservation of Nature's Red List of Threatened Species (IUCN).

The IUCN estimates the global population of hippos is between 115,000 and 130,000 and that their conservation should be a "priority" in countries where they exist. So sad.