Saudi Executions: One Of The 37 Killed Was A Teenager Off To Study In The US 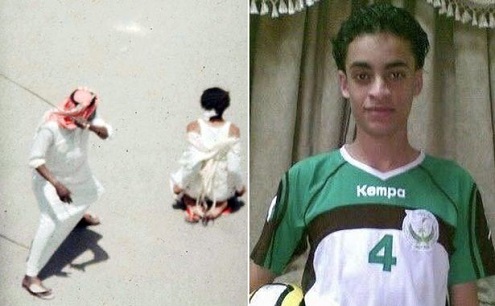 One of the 37 people put to death by Saudi Arabia yesterday was a teenager who planned to study in the United States, another was just 16 when he was arrested.

The oil-rich state has seen a surge in executions this year with more than 100 people already killed, most in brutal beheadings.

On Tuesday the state news agency announced 37 people had been killed for charges relating to terrorism.

One man had even been crucified, it has been reported.


Authorities publicly pinned the executed body and severed head of a convicted Sunni extremist to a pole as a warning to others, CNBC reports.

But some of those were as young as 17 when they were arrested, according to human rights charity Reprieve.

Mutjaba al-Sweikat was arrested at King Fahd International Airport on his way to begin studying at the Western Michigan University at the age of just 17. He was put to death.

Another of those killed by the kingdom, Salman Qureish was arrested shortly after his 18th birthday accused of crimes that took place when he was a juvenile.

Reprieve reports that he was denied basic legal rights and sentenced to death in a mass trial.
at April 25, 2019