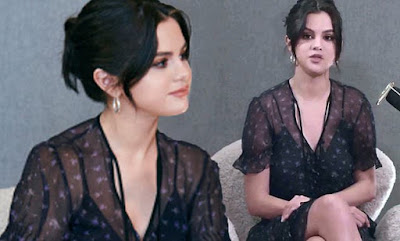 Selena Gomez has had a rough go at love, but she's not giving up.

Admitting she just wants someone to 'love her for the person she is' the triple threat opened up on the Dream It Real podcast Wednesday.

The podcast, which is a collaboration with Coach, gave fans a look at Gomez's hear

The Back To You vocalist is known and applauded for how authentic and candid she always is.


And in the new interview, she deserved all that praise and then some yet again.

Because in the tell-all, the brunette got real about everything from therapy to having faith in love.

Selena told the show's host, Heben Nigatu, that she often feels misjudged when it comes to her heart.

She said: 'I think that a lot of people don't understand my heart, you know?'

'I also don't like that, it can sometimes be about appearance, too. I don't really appreciate people judging me on my looks, or anything like that.'

Due to all that judgement and misunderstanding, Selena said she desires someone who will love her for who she truly is.

'I just think that the world today, with so much exposure to everything… it's great to dress up and to feel beautiful and to do those things, but...and I'm flattered when, maybe, guys are like, 'You're pretty,' I am, it's just not… I would just love someone to love me for the person that I am. That's just what's important to me,' she said.

Selena had a rocky 2018, with her on again, off again relationship with Justin Bieber officially coming to a close and the pop star getting married to another woman.

That split followed her relationship with Bella Hadid's man, The Weeknd.

On top of that, the star also dealt with complications from her lupus.