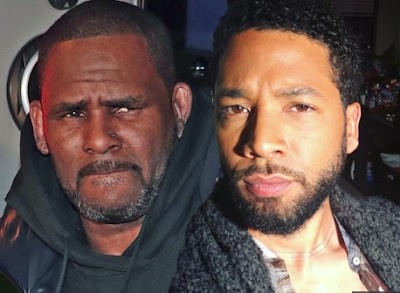 Jussie Smollett getting off scot-free is bad news for R. Kelly, because prosecutors might be itching for a big win ... so worries the singer's lawyer.

Steven Greenberg tells TMZ ... the outcome of Jussie's criminal case in Cook County -- in which all 16 felony charges against him were dropped by the State's Attorney might be damaging for Kelly, especially when it comes to a possible plea bargain.

He says, "I think it makes it more difficult for a friendly disposition because they’re going to be extremely reluctant to admit they brought these cases with scant evidence or that there are any other problems."


Greenberg adds State's Attorney Kim Foxx and her team may now view Kelly's case as a chance to redeem themselves after taking such intense heat from the City of Chicago and for that matter the nation for their decision to cut the actor loose.

It's worth noting -- Foxx seemed much more committed to prosecuting Kelly than Smollett.  Remember, she held a news conference in early January before charges were filed, urging victims to come forward. By contrast, Foxx recused herself from Jussie's case after she'd admitted to communicating with Smollett's family.

Greenberg concedes there's no way Foxx will recuse herself in the R. Kelly case because there were no equivalent communications ... at least as far as the lawyer knows.

Kelly's facing more serious charges than Smollett -- he's been hit with 10 counts of aggravated criminal sexual abuse. All are class 2 felonies which carry a max sentence of 3 to 7 years in prison for each offense.