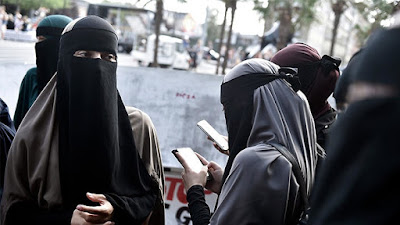 Sri Lanka has banned all kinds of clothing that cover the face and prevent identification, such as niqabs and burqas, officials said on Sunday, a week after the Easter bombings that left over 250 people dead.
The ban does not directly refer to Muslim female garb, burqa and niqab, but was seen as a clear reference to the type of dress.
A statement from the office of the president said the ban was being introduced from Monday under new regulations brought under a state of emergency in response to the Easter bombings in the capital, Colombo.