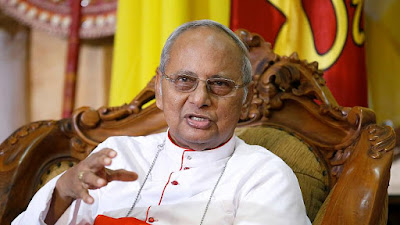 The archbishop of Colombo says there will be no Sunday Masses until further notice after the Easter bombings in Sri Lanka.

Cardinal Malcolm Ranjith made the comment during a news conference Friday in the Sri Lankan capital.

Ranjith appealed for financial support to rebuild the lives of affected people and reconstruct the churches targeted in the Islamic State-claimed suicide bombings, which killed over 250 people on Sunday.

Police had said Wednesday that the death toll had reached 359, but a health official later said that the number had been revised to about 253.


The U.S. Embassy in Sri Lanka has warned people to stay away from places of worship this weekend over concerns about possible further attacks.

Sri Lankan officials say they continue to search for suspects in the bombings.