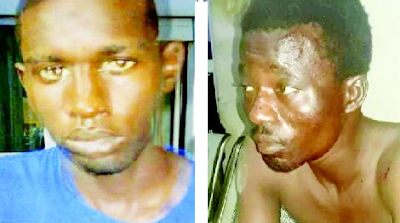 He was stabbed with a knife around 11:30am at Okokomaiko by a gang of three men, who allegedly snatched his phone and laptop.

A statement by the police yesterday alleged that Bashiru Ahmed, 21, alias Kawu, of Okoko, the son of a popular monarch in the area, was among those who committed the crime.

The statement, signed Bala Elkana, a Deputy Superintendent of Police (DSP), said Aderigbigbe had gone to hospital that day with blood gushing out of his body to report the crime.

“He eventually died. The leader of the hoodlums who attacked him, Ahmed, was arrested. He confessed to have committed the crime with two of his friends now at large. Ahmed, the son of a popular traditional ruler in Okoko, is a notorious criminal, who has been charged to court on several occasions by the police.

“He returned from the prison six months ago and has been on the watch list of the police. Police Commissioner Zubairu Muazu has ordered the transfer of the case to the State Criminal Investigation and Intelligence Department (SCIID), Panti, Yaba, Lagos for investigation.