The Game Breaksdown Over Nipsey's Death 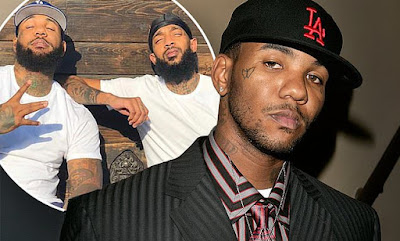 Everyone is heartbroken over the murder of Nipsey Hussle -- but none perhaps more so than The Game ... who lost sleep over it, and broke down while roaming the streets.

Game posted a few videos of himself driving early Monday morning -- around 4 AM, apparently -- in the wake of Nipsey's shooting death just hours earlier near Crenshaw. You don't see his face, but you can hear how distraught the Compton rapper is over it all.

He's dumbfounded by the fact Nipsey was gunned down at his own place of business  and in his own neighborhood in the Crenshaw District, no less. Game's disgusted by it, especially because NH was doing so much good in the area.

Game ends with saying, "LA on some bulls***, on me" ... which is similar to how Jay-Z responded when XXXTentacion was shot to death in Florida last year. Jay put the "streets" on blast in a song --  and it sounds like Game is doing the same here.