Too Sad! Woman Dies At Work After Falling Into Commercial Meat Grinder 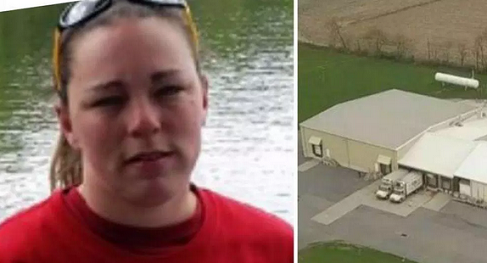 A woman has died after she fell inside a commercial meat grinder at a Pennsylvania plant.

Jill Greninger, 35, fell into the grinder while operating it at Economy Locker Storage Co this week.

Lycoming County Coroner Charles E. Kiessling Jr said the woman had been standing on a set of stairs that was on wheels when she fell.

Kiessling told the Williamsport Sun-Gazette that no one witnessed the accident and it's unclear if the woman was 'reaching for something in the grinder, which was about 6 feet off the ground'.


Another employee told officials that they heard a noise and found the woman's body in the grinder.

The worker immediately called first responders, but Greninger was already dead by the time they arrived to the scene.

According to the Sun-Gazette, firefighters worked for nearly 45 minutes disassembling the machine in order to recover her body.

'This was a horrible accident,' Kiessling said.