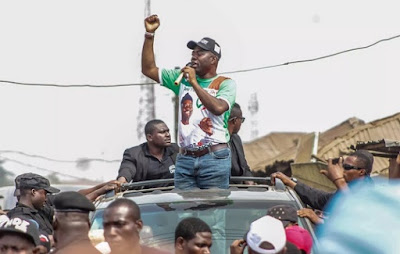 The Governorship Election Petition Tribunal in Oyo State on Tuesday ordered the Independent National Electoral Commission (INEC) to allow the Governor-elect, Seyi Makinde, to inspect the materials used in the March 9 governorship election in the state.

He defeated his closest rival, Adebayo Adelabu of the All Progressives Congress (APC), who had 357,982 votes.

The chairman of the three-man panel, Justice Muhammed Sirajo, granted the application following a prayer by counsel to Mr Makinde, Jamiu Makinde, seeking the order of the tribunal to inspect all the election materials used in the election.


Mr Adelabu and his party are at the tribunal challenging the declaration of Mr Makinde as the governor-elect.

The other respondents in the matter are the PDP and INEC.

The counsel to Mr Makinde on Tuesday informed the court that the respondents had filed an application seeking the order of the tribunal to inspect all the election materials.

Mr Makinde said that the application was brought under section 281 (1, 2) of the Electoral Act 2010 as amended.

He said the application was supported by an 18-paragraph affidavit and a written address sworn to by one Emmanuel Igu.