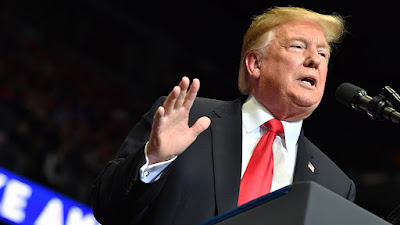 Donald Trump has made the dubious claim that the noise from industrial wind turbines causes cancer.

'If you have a windmill anywhere near your house, congratulations your house just went down 75% in value,' Trump continued.

'And they say the noise causes cancer, you tell me,' Trump said, gyrating his arm in the air and imitating a winding noise.


Studies have been mixed when it comes to the impact of wind farms on real estate values, with some finding a negative impact on home prices of up to 40 per cent, and others finding little or no impact.

There are no studies conclusively linking the noise of industrial wind turbines to cancer.

There are, however, scores of claims describing negative health impacts from windmills, particularly from noise.

'Exposure to wind turbines does seem to increase the risk of annoyance and self-reported sleep disturbance,' a 2014 review of the literature for PloS One indicated.

Trump's exaggeration of the health risks from windmills drew opprobrium from his critics online.

'Yeah I hear the windmill blows the Cancer into you...' one Twitter user wrote. 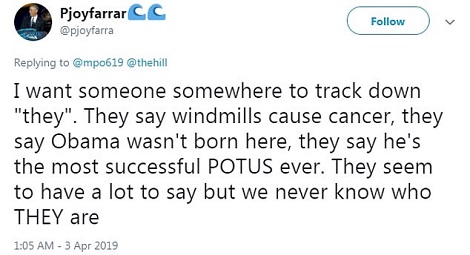