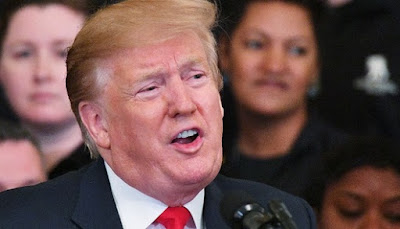 President Trump continued to rail at special counsel Robert Mueller’s report, declaring “I DID NOTHING WRONG” and threatening to take the case to the Supreme Court if Democrats try to impeach him.

”The Mueller Report, despite being written by Angry Democrats and Trump Haters, and with unlimited money behind it ($35,000,000), didn’t lay a glove on me. I DID NOTHING WRONG,” he said in a pair of tweets on Wednesday.

“If the partisan Dems ever tried to Impeach, I would first head to the U.S. Supreme Court.”


”Not only are there no ’High Crimes and Misdemeanors,’ there are no Crimes by me at all,” he wrote in a second tweet.  “All of the Crimes were committed by Crooked Hillary, the Dems, the DNC and Dirty Cops – and we caught them in the act! We waited for Mueller and WON, so now the Dems look to Congress as last hope!”