Unsure Of APC Ticket, Bello Plans Move To Accord Party 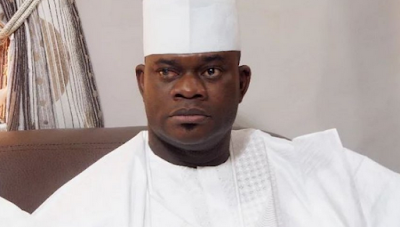 Governor Yahaya Bello’s hope of securing the ticket of his party, the All Progressives Congress (APC), for the November Kogi State governorship election is under threat as a result of criticism by stakeholders that he has performed below average in office.

The governor, according to information available to THISDAY, is set to dump the party for Accord Party due to the uncertainty that beclouds his ambition for second term.

It was reliably gathered that Bello, who is presently facing a difficult task to secure the party’s governorship ticket, has been petitioned by individuals, groups and even members of his party before the National Working Committee (NWC) of APC, all complaining that his administration has performed poorly.

An indication that the governor is on his way out is the removal of APC flags hoisted in the premises of Government House, including the one hoisted at the main entrance gate to Lugard House, the seat of the state government.

The Accord Party secretariat has reportedly been renovated by the governor. Although the Accord Party was his alternative party in 2015 when he lost the APC governorship primary to late Prince Abubakar Audu, he was eventually nominated to take the place of Audu in the supplementary election.

According to sources, Bello is said to have disclosed to some of his closest allies in his cabinet that some cabal in Aso Rock advised him to move to another party since forces were against him for the ticket.

According to him, he has been assured of their support if he contests the governorship election in another party.

The sources also disclosed that the governor of Benue State, Dr. Samuel Ortom, a good friend of Bello, also advised him to dump the APC for another party so that he could contest in the November 2 governorship election.