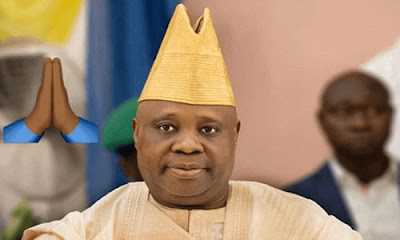 It was at the resumed proceedings of the trial of the Ede-born senator and four others for their alleged involvement in examination malpractices.


Odesola (a teacher, who was a supervisor during the examination) and Akintayo (a teacher and invigilator)  said they only saw Sikiru Adeleke (the Senator’s brother), who is listed as the 2nd respondent, in the examination hall.

The witnesses also said they did not experience malpractices.

They said of the five defendants, they only saw the second defendant (Sikiru Adeleke), the principal and registrar of Ojo-Aro Community Grammar School during the examination.

Senator Adeleke, Sikiru Adeleke (who is said to be the senator’s relative), Alhaji Aregbesola Mufutau (the school principal), Gbadamosi Thomas Ojo (registrar) and Dare Samuel Olutope (teacher) were arraigned in November last year.
Lawyers to the defendants did not object to the prosecution lawyer’s application, following which Justice Inyang Ekwo adjourned to June 10 and 11 for continuation of trial.

Justice Ekwo warned the prosecution to keep to the days given by the court.