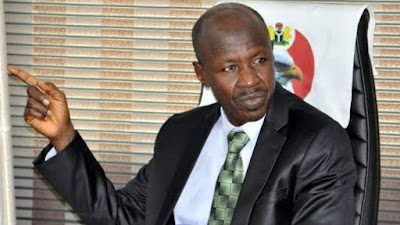 The Economic and Financial Crimes Commission has denied reports that it has raised teams to quiz some outgoing state governors for graft, describing a report on the issue as untrue.

The Commission in a statement by its acting spokesman, Tony Orilade, in Abuja on Sunday, said that the reporter who wrote the story did not give the composition and terms of reference of the purported teams reportedly set up to quiz the outgoing governors of Ogun, Imo, Zamfara and others whose tenure would end by May 29.

The statement reads, “It is instructive to note that the reporter did not give the composition and terms of reference of the purported teams set up by the EFCC.


“The report is a figment of the imagination of the reporter’s mind, as everything about the setting up of the teams ended with the first paragraph without details of such teams being set up.

“Again, the story is not true, as the EFCC does not go after anybody, including ex-governors on speculative ground, on any individual or firm involved in corruption-related cases.”

It asked the public to disregard the story, “as no team has been set up against any former governor.”