Why I Sued Lady Who Called Me Gay - IK Ogbonna 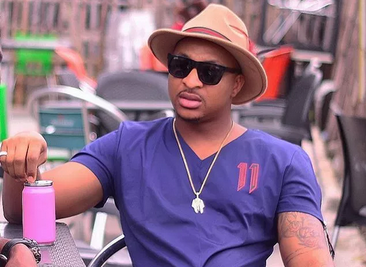 IK Ogbonna has explained why he sued the lady that called him homosexual. The vlogger in a video had alleged IK is sleeping with made and upcoming actors in the industry. Speaking to Saturday Beats IK Said his senior colleagues encouraged him to carry out the act, in order for his to prove himself. His words;

“I am not just an actor, I represent Nollywood. Trolling people on social media is growing by the day. They have seen it as a cheap means to get followers on social media. I blame the media to some extent because they hardly celebrate the good things about celebrities. I am a father, these days; our kids are on social media so they get to see these things. I got a lot of calls from my senior colleagues, most of them were really bitter about it. If people feel that they can just come on social media to say whatever they want to say, then they should be ready to face the consequences of their actions.


“There are people out there that would believe anything they see or hear on social media hook, line and sinker without researching or trying to meet the person in question. I have nothing against gay people, everybody can live their life however they want to, but it is wrong to impose sexuality on someone. She made a video with such allegations against me. The video had so much bitterness and anger in it as if she was paid to indict me. The first time I heard about the video was when someone called to ask if I had offended anyone. When I saw it, I laughed over it and I didn’t even think about it so much,” he told Saturday Beats.

The actor stated that although he did not want to ruin anyone’s life with his action but whatever the outcome may be, the lady brought it upon herself.

He continued, “My senior colleagues in the industry advised me not to let it slide, stressing that if something lingers for a long time, it could become a stigma. There is freedom of speech, but even at that, they should be ready to face the consequence. I do not even know the girl’s name; my lawyers are the ones handling the case. They have written to the US embassy and human rights organization. I really don’t want to hurt anybody or spoil anyone’s career but whatever comes out of it; she brought it upon herself. I am not out for her downfall at all. People should learn that you don’t have to bring anybody down to rise in life. I have built my brand to this stage, I started from scratch. Cyberbullying goes beyond what we see on the internet. It has led people to depression,” he added.