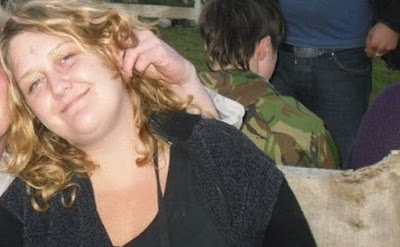 A woman who fell onto a live rail track and was electrocuted had taken a cocktail of drugs at an all-night rave before her death, an inquest has heard.

Hayley Prett, 40,  was seen near the tracks the morning she wandered off from the annual End of Summer Party bash by a beach in Folkstone, Kent on September 29.

Miss Prett, who worked as a carer, had been at the rave with around 30 other people before she wandered off.

She had partied with pals at the rave and had taken cocaine, ecstasy, ketamine and amphetamines during the night, the inquest at Maidstone Coroner's Court heard last week.

Detective Constable Mark Connor, of the British Transport Police, told the inquest how pals found Miss Prett lying in a bush in the early hours of Sunday morning following the rave, but she waved them away.

He told the court how she was then seen at 8.30am on September 30 near the rail tracks "bending down and waving her arms around".

The witness told the inquest how they thought Miss Prett - who was naked after stripping off all her clothes - was performing a "ritual" and left her alone.

Her body was found on the train tracks between Folkestone and Dover at 10am by a group of joggers.

The inquest heard how Miss Prett, of Sandgate, Kent, was drinking gin and lemonade - as well as having taking a cocktail of drugs - at the rave and that other revellers said she seemed 'happy'.

Coroner Katrina Hepburn heard how a toxicity report showed that Miss Prett had 4.2mg of ecstasy in her system, which is considered to be 'excessive', as well as cocaine, ketamine and amphetamines.

The court heard how Miss Prett was a recreational drug user.
Miss Prett's family stressed her drug-taking was recreational and by no means habitual, according to Kent Live.

DC Connor told the inquest: "It (The End of Summer Party) normally attracts people from the Folkestone and Dover areas. She had been to that party before."

A pathology report revealed that an examination of Miss Prett's body showed she had burn lines to her back, elbow and buttocks, caused by electrocution.

The coroner told the inquest last week: "She has died as a result of electrocution and burns but this has to be looked at in the context of significant drug intoxication.

“The MDMA was at 4.2mg/litre which is described as being excessive and indeed there’s evidence that levels of concentration greater than 3mg/litre are typically reported with fatality.

“I take the view that this particular evening, Miss Prett had a number of drugs in her system at the time also ketamine, evidence of previous cocaine use and also amphetamines in her system.

“The drugs together would have had a profound effect on her.”

She added: "It is unclear on the evidence, what caused her to get down onto the tracks.
“Whether she fell, or collapsed, had a medical episode or if she intended to lie down I simply cannot reach that conclusion.

“I have no evidence she was intending to take her own life.


“I find this is a drugs-related death."