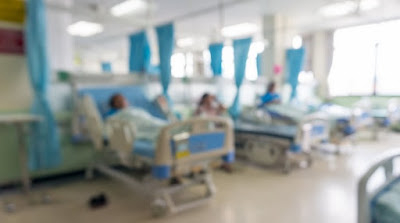 A young woman was allegedly r-ped and murdered by hospital staff in Pakistan after visiting the medical institute for help with her toothache.

The victim's body was found by her mother at the Sindh Government Hospital in Korangi on April 18.

Family members were first told she had died due to a fatal antibiotic reaction but a postmortem revealed evidence of sexual assault and murder.

Her mother had been informed by the hospital that the victim's condition was worsening - despite only going to the hospital complaining of toothache - and rushed to the facility.


But when there, she was told her daughter had been moved to the Jinnah Postgraduate Medical Centre.

This proved to be wrong and upon returning to the hospital, the mother started looking around the premises herself for her daughter.

The distraught parent discovered the victim's lifeless form lying on a stretcher in one of the back rooms, the young woman's aunt told local media.

A postmortem report said there was evidence of sexual assault and homicide - despite family members being told she had died due to a reaction to an antibiotic injection.

The victim's family said she was a bright, independent and fiercely committed young woman.
Anis Haroon of the National Commission for Human Rights Pakistan said it was the government's responsibility to discover what really happened and to punish those responsible.

'We demand an inquiry from the government. We also ask the Pakistan Medical Association to look into this matter as the doctors accused and involved in the crime take oaths to save lives, not take lives,' she said.