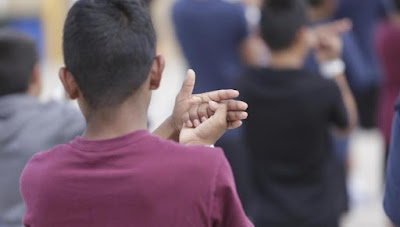 A 16-year-old boy from Guatemala died days after being apprehended in the U.S., officials confirmed Wednesday. They said he developed symptoms of an illness the day after he arrived at a shelter in Texas.

According to the Guatemalan Foreign Ministry, the boy died Tuesday of a "severe infection in the frontal lobe" of the brain.

The teen was picked up by border patrol after he crossed into El Paso, Texas on April 19, Guatemalan officials said. On the evening of April 20, he was transferred by U.S. Immigration and Customs Enforcement (ICE) to the Southwest Key Casa Padre shelter in Brownsville, which is run by the Office of Refugee Resettlement (ORR).

"Upon arrival to the shelter the minor did not note any health concerns," Evelyn Stauffer, a spokesperson for the Administration for Children and Families, which oversees ORR, said in a statement to CBS News. Children placed in ORR custody are typically given an initial medical examination by staff doctors within 48 hours of arriving at shelters, but because the boy arrived in the evening he had not yet received one, the agency said.


"On the morning of April 21, 2019 the minor became noticeably ill including fever, chills and a headache," Stauffer said.

The boy was brought to a hospital emergency room that morning and released later that day. When his health had not improved by the next day, he was brought to a different hospital, and later transferred to a children's hospital in Texas, Stauffer said.

The agency did not say which specific hospitals treated him, but the Guatemalan Foreign Ministry said he was taken to Driscoll Children's Hospital in Driscoll, Texas, where he underwent surgery "to stabilize the pressure inside the head area."

"Following several days of intensive care, the minor passed away at the hospital on April 30, 2019," the Administration for Children and Families statement said. The boy's death was first reported by BuzzFeed News.

The boy is the third migrant child to die in U.S. custody since December. Seven-year-old Jackeline Caal died in the custody of U.S. Customs and Border Protection on Dec. 8, 2018, after going days without food and water. Eight-year-old Felipe Gomez Alonzo died on Dec. 24, 2018, in border patrol custody after developing the flu.

U.S. officials did not release any more details about his medical condition, and said the boy's cause of death is under review. "In accordance with standard ORR policies and procedures, the case will be subject to a full review," Stauffer said.