73-year-old Nigerian nanny gets 15-year jail for death of child she force-fed in U.S 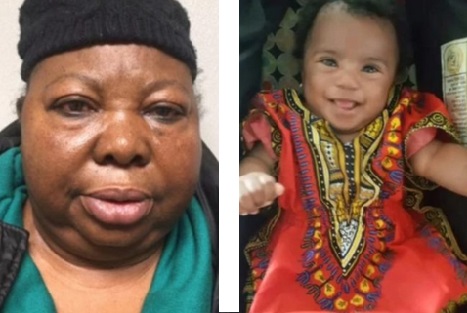 A Maryland nanny convicted of forcefully feeding a baby girl two bottles and killing her is set to spend the next 15 years in prison.

Adeleye was asleep on a couch inside the house when the baby, who was in a walker, began crying and woke the nanny, police said.

Police said a video surveillance camera shows the nanny tried to feed the baby, but without success. Adeleye then pulled the baby from her walker, removed the nipple from her bottle and forcefully fed her, police said.


Adeleye poured "eight ounces of milk down the child's throat in less than 30 seconds, essentially drowning her," the Prince George's County State's Attorney's Office said in a release.

On Friday, Adeleye was sentenced to 40 years in prison with all but 15 years suspended.

The baby appeared to squirm and resist while being fed the first bottle, and then Adeleye forced the contents of a second bottle into her mouth, documents said.

After the baby became unresponsive, Adeleye called the baby's father, who dialed 911 as he raced home.

Enita Salubi was rushed to a hospital, where she died.

Clifton Wanzer, a neighbor, said he saw the little girl's father carry her to an ambulance.

She was rushed to a hospital, where she was pronounced dead.