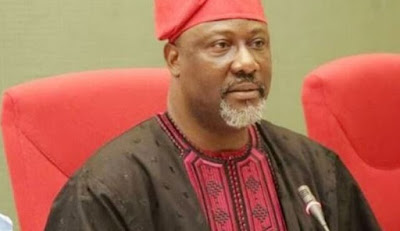 The trial of the Sen. Dino Melaye in an FCT High Court , Maitama was on Tuesday stalled due to the absence of the Prosecution Counsel, Mr Shuaibu Labaran.

Melaye, the senator representing Kogi West in the National Assembly, is charged with two counts bordering on giving false information to the police.

The Federal Government arraigned Melaye, alleging that he, sometime in April, 2017 deliberately gave false information to the police.

At the resumed sitting, Mr Abubakar Mustapha who held brief for Labaran, told the court that the matter was for cross-examination of prosecution witness.


He however pleaded with the court, saying the matter cannot proceed as there was a communication gap between him and the lead counsel, Labaran who was absent.

He also informed the court of the prosecution witness was also not in court and that he was supposed to be cross-examined today by the defence counsel.

He, therefore, prayed the court for an adjournment.

The defence counsel, Mr Olusegun Jolaawo, opposed the application for adjournment and told the court that “On Jan. 18, this matter came up with the same excuse.

“The reason why the matter could not go on that day was that the same witness was absent in court and no tenable reason was given this is the second time on record as a witness who is in the box is absent from court.

“The witness has an obligation to make himself available on every adjourned date, whether court sits or not until your lordship orders his discharge ,We could not carry out cross-examination majorly because he is absent from court” he said.

Mr Jolaawo reminded the court that “Section 215 of the Evidence Act further clarifies on the issue of the order and direction of examination, by the following subsections:

According to Mr Jolaawo, this section of Evidence Act gives them the right to cross-examine a witness.

The judge, Justice Olasumbo Goodluck, after listening to Jolaawo’s submission adjourned until July 3, July 4 and July 10.

Goodluck warned that this would be the last time she would be adjourning the matter.