Adele breaks silence over divorce from husband with savage post Adele has broken her silence weeks after her split from husband Simon Konecki was announced. The break-up had been confirmed in a statement by the singer's representatives last month. Adele and Simon were married in 2016 after five years of dating and share six-year-old son Angelo.

Proving she's lost none of her sense of humour through her latest heartbreak, Adele returned to social media on Wednesday with a hilarious meme.

Taking to Instagram , Adele shared two side-by-side snaps of her - one where she was sobbing and another showing the pop star oozing sass.


"When you catch yourself in your feelings then you remember who you are," read the caption.

The award-winning chart-topper was soon inundated with praise from her loyal fanbase.

"That’s right lady!!! Remember who you are!!!" added another. 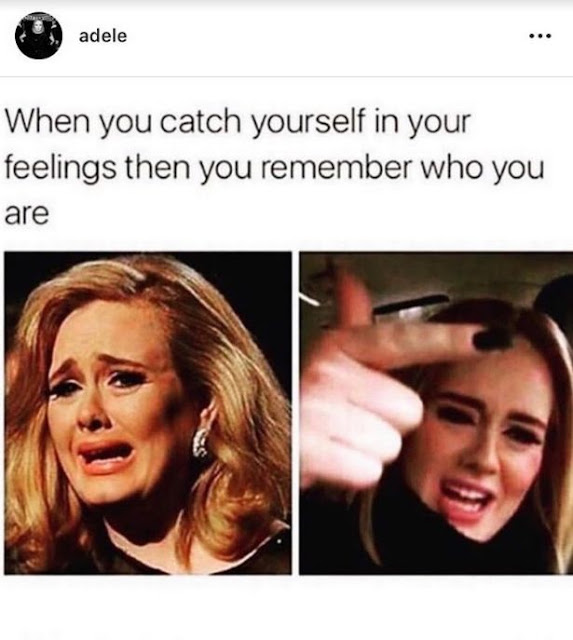