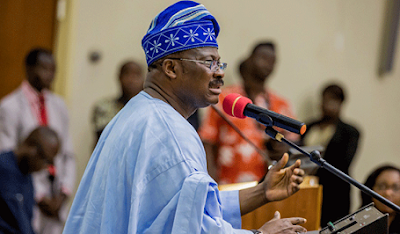 Oyo State Governor Abiola Ajimobi has renewed his advocacy for the introduction of state police to curb armed banditry and insecurity threatening the country.

He restated this position yesterday while hosting the Assistant Inspector-General of Police in charge of Zone 11, Mr. Leye Oyebade, in his office, in Ibadan.

He appealed to the Federal Government to invest in cutting-edge technology that would aid reconnaissance and intelligence gathering to preempt crimes before being committed.

If established, he said state police would have the benefit of good community relations, adding that increase in the funding of the police force and adequate provision of logistics would also boost the morale of the personnel.