May 08, 2019
A High Court of the Federal Capital Territory (FCT), Abuja yesterday ordered that a cleric, Pastor Dennis Ogbede, be remanded in prison custody.

Justice Modupe Osho-Adebiyi gave the order shortly after Ogbede was arraigned on a three-count charge filed by the Economic and Financial Crimes Commission (EFCC).

Justice Osho-Adebiyi ordered that Ogbede be kept in prison until he meets the conditions attached to the bail granted him.

Ogbede, the director of Alidenco Systems Nigeria Ltd, was arraigned for allegedly defrauding Maje Umar Nafiu of Maje Investment and Construction Company Ltd to the tune of N35million in land acquisition in 2009.

The EFCC also accused the defendant of presenting to Nafiu, fake land titles for Wumba area of the FCT. 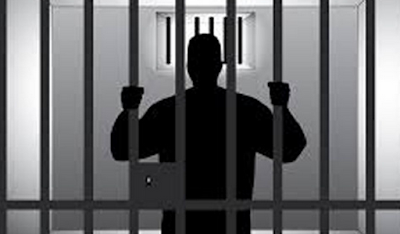 The commission alleged that Ogbede agreed to refund N25million through three post-dated Zenith Bank Plc cheques, which all failed to clear upon presentation at the bank in December, 2015.

The offences violate Section 1(1) of Dud Cheque Offences Act and punishable under section (i) (i) of the same Act.

Ogbede pleaded not guilty when the charge was read to him.

After Ogbede’s arraignment, prosecution lawyer, Samuel Ugwuegbulem, sought a date for the commencement of trial.


Defence lawyer Isaac Imo applied for bail for the defendant.

Imo said the defendant is a religious leader and also has a pending civil suit in court, challenging the refund of the N35million.

Ugwuegbulem said he would not oppose the bail application, because it was the discretion of the court to grant bail.

Ruling, Justice Osho-Adebiyi granted bail to the defendant at N2million and two sureties in the like sum.

The judge said the sureties must be civil servants, one which must be of the rank not less than Grade Level 14, with landed properties in the FCT.

She adjourned till May 30 for trial.