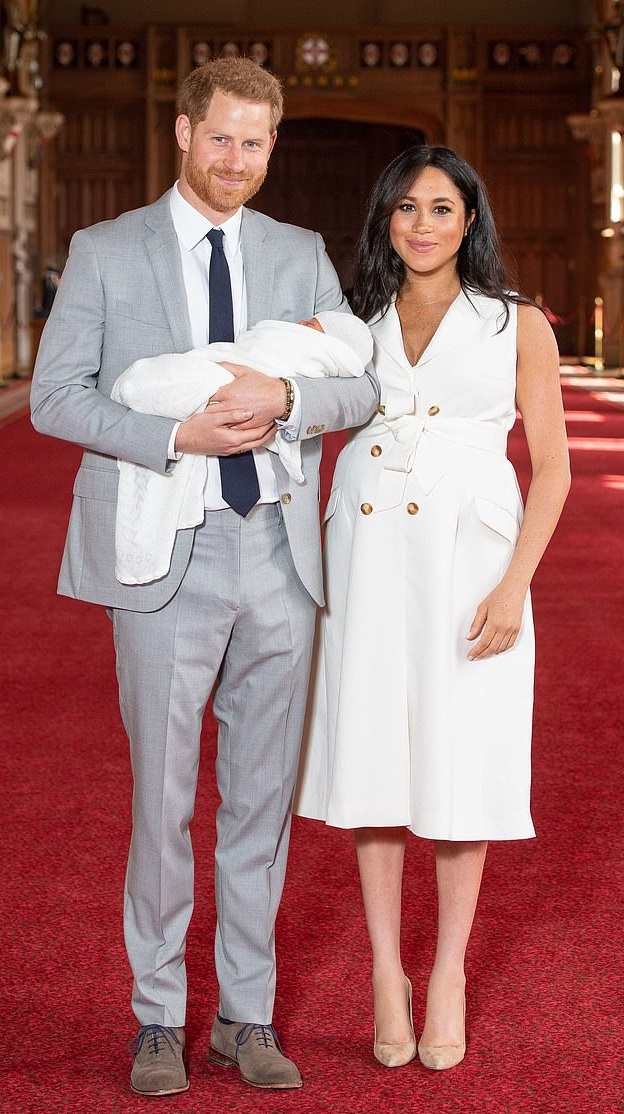 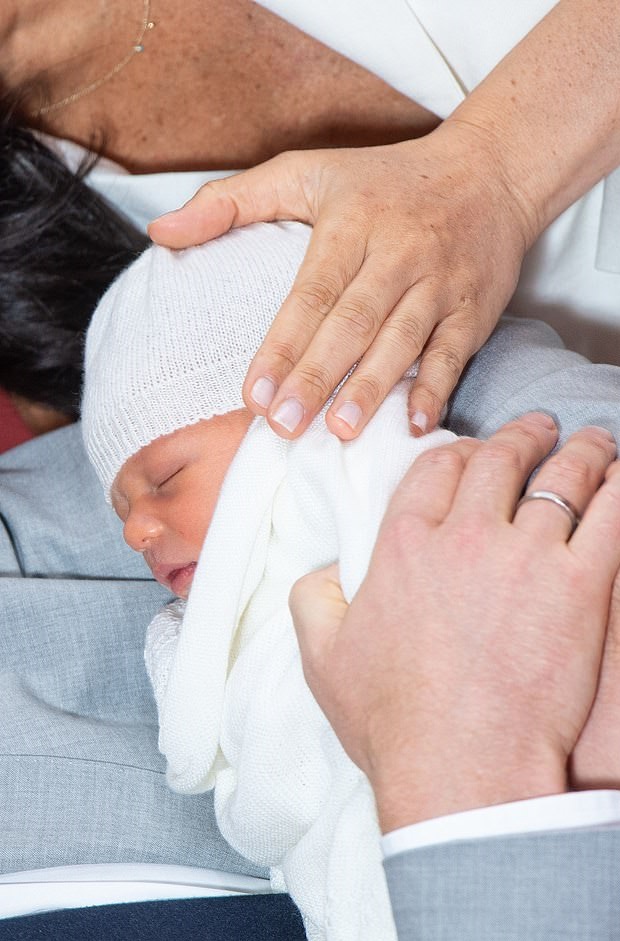 Baby Sussex made his very first public appearance at a photocall alongside a thrilled Prince Harry and Meghan in the grounds of Windsor Castle, where the new family have been holed up since the historic birth on Monday.

The baby boy was lovingly cradled by his adoring father and watched attentively by Meghan, who was herself pictured for the first time in six weeks since withdrawing from public life ahead of the birth.


The couple appeared to be beside themselves with joy, giggling and looking into each other's eyes as they spoke, while Harry could not resist sneaking a peek down at his son as he apparently slept.

Speaking for only a few minutes from inside the majestic St George's Hall at Windsor Castle, a radiant Meghan declared: 'It's magic, it's pretty amazing. He's just been the dream so it's been a special couple of days.

'I have the two best guys in the world so I'm really happy. He has the sweetest temperament, he's really calm.'

As they both laughed, Harry said: 'I don't know who he gets that from.'

Asked who the baby takes after, Meghan said: 'We're still trying to figure that out.'

Harry said: 'Everyone says that babies change so much over two weeks we're basically monitoring how the changing process happens over this next month really. But his looks are changing every single day, so who knows.'

Asked how he found parenting, Harry added: 'It's great. Parenting is amazing. It's only been two and a half days, three days, but we're just so thrilled to have our own little bundle of joy.' 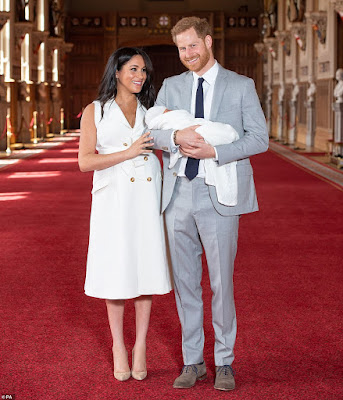 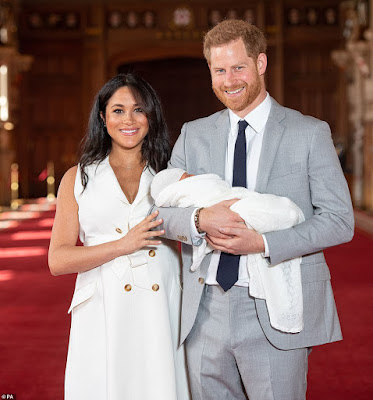 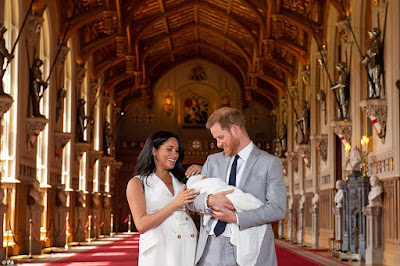 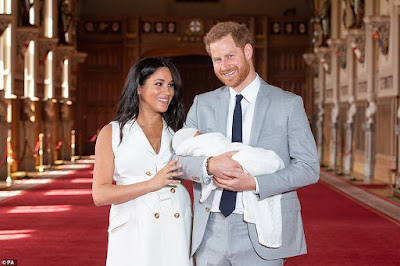