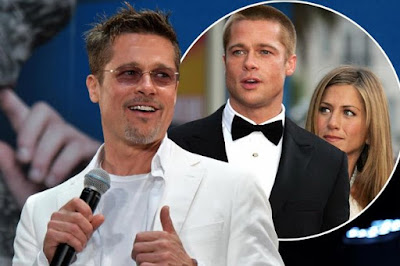 Brad and Jennifer called time on their marriage in 2005 but it has been rumoured that Brad still carries a torch for his ex and a reconciliation could be in the offing.

Jennifer split from her husband Justin Theroux in March 2018 but it was still a shock when Brad turned up at her 50th birthday celebrations.

Plus, when it came to gifts, not many could have trumped what Brad allegedly sorted out for Jen.
The house they used to share in Beverly Hills was on the market and when they originally split, sources close to Jennifer said that "losing their dream home worsened the heartache of their divorce and it was one of her biggest regrets not buying Brad out".


Well, it seems that this is not a problem now as Brad has apparently agreed to splash out $79million to buy the house back, just so that he can give it to Jennifer.

The actress was reportedly emotional when she found out his intentions, which came after the pair apparently reminisced about their times together in the marital home.