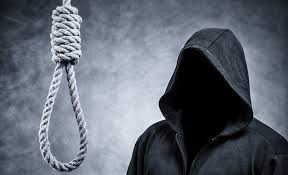 The Jigawa State High court 4 sitting in Dutse, has sentenced a 39-year-old man, Datti Buba, to death by hanging for allegedly kidnapping and killing two boys in the state.

The suspect admitted before the court that he and two others, Adamu Sabo and Usman Idrith committed the offences.

The two other suspects who were arrested for alleged involvement in the kidnapping and killing of the boys were, however, discharged for lack of evidence to justify Buba’s claim that they were his accomplices.

Speaking with NAN after the ruling, Buba said he and his colleagues from Taraba kidnapped the boys and request for N5m. He explained that they decided to kill their victims following their relations’ failure to provide the ransom in good time.

Datti said the victims’ relatives were able to raise only N3,350,000, adding that they killed the hostages after collecting the ransom.

The convict claimed he got only N10,000 from the ransom as his colleagues fled to Taraba immediately after collecting the money.