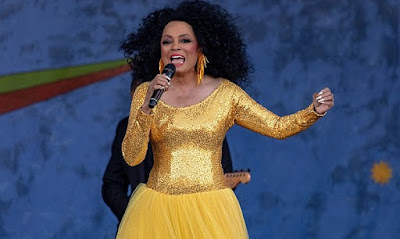 Diana Ross said on Twitter that she felt 'violated' by an airport screener who touched her between her legs after she performed at the New Orleans Jazz and Heritage Festival over the weekend.

In a series of tweets on Sunday, the Motown legend said she blames the Transportation Security Administration for a screening at the New Orleans airport that makes her want to cry.

'OK so on one hand I’m treated like royalty in New Orleans and at the airport I was treated like sh*t,' the songstress tweeted.


Ross went on to say that it's 'not what was done but how, I am feeling violated'.

'I still feel her hands between my legs , front and back ( saying to me it her job ,) WOW!! really mixed emotions I always like to see the good things but not feeling good right now,' Ross added.

A few hours later Ross tweeted a video of her performance with the caption: 'Im feeling better, it took a minute.'

TSA spokesman Mark Howell said in a statement that the agency is investigating, but its initial video review indicates all protocols were followed.

He says the agency is committed to treating all travelers with respect and courtesy. 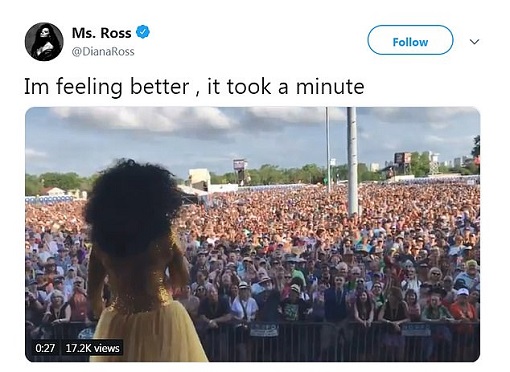