Dignitaries gather to celebrate Gani Adams as he turns 49 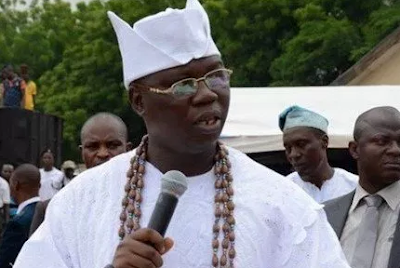 Many traditional rulers, ethnic and civil society groups, as well as other well-meaning Nigerians gathered in Lagos to celebrate the Aare Ona Kakanfo of Yorubaland, Chief Gani Adams, as he clocks 49 yesterday.

Speaking at the event, the Olowa of Igbara Oke, Oba Francis Agbede, commended Adams for taking giant strides in protecting the cultural and traditional values of Yorubaland.

“Iba Gani Adams is somebody we should accord every respect in all regards.


He has done a lot to promote the unity of the Yoruba race and Nigeria in general.

“This birthday is a great day in the history of our nation in general,’’ the monarch said.

Also, the Zaki of Arigidi Kindgom, Oba Yisa Olanipekun, called on state governments in the South West to massively support the Aare in tackling various challenges in Yorubaland.

“It is wrong for the Southwest Governors not to be relating with the Aare Ona Kakanfo on the progress of the Yoruba race.

“Southwest leaders should not take for granted the position of Aare Ona Kakanfo. Our six Southwest governors should sit with Aare in moving Yoruba nation forward,’’ the monarch added.

“He is a man I can go to the battle with closing my eyes. He is a peace ambassador. He is for peace; he is firm and a man of his words.

“Today, as he marks the 49th birthday, he remains a great life wire for the survival of the Yoruba race. He is one of the greatest gifts to humanity. He is a very reliable and progressive activist.’’

Some of the dignitaries at the event were High Chiefs Ibikunle Adio, the Oluwo of Lagos and Tajudeen Balogun, both representing the Oba of Lagos, Oba Rilwanu Akiolu and representative of the Alaafin of Oyo, Oba Lamidi Adeyemi.