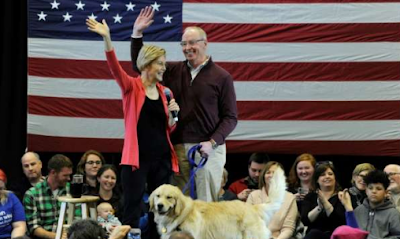 It's impossible to say who will take on Donald Trump in the 2020 presidential election, but if he is defeated by a Democrat, it's likely that a dog will return to the White House after a multi-year absence.

Whether named Maple, Bailey, Champ or Skye, a dog appears to be a must-have accessory for Democratic candidates seeking to take on Trump, who stands out from his predecessors for, among other reasons, not having a pet.

From the third minute of the speech launching his campaign on 14 April, Democratic phenomenon Pete Buttigieg, the mayor of the city of South Bend in the state of Indiana, brought his two dogs to the fore.

"I grew up in South Bend, in the same neighbourhood where Chasten (his husband) and I live today, with our two dogs, Buddy and Truman," Buttigieg said.