Elton John laments being 'too old' to have more children 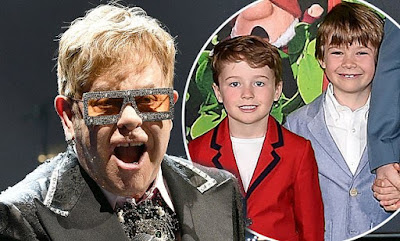 Elton John has revealed that he would have liked to have more children with husband David Furnish but now feels 'too old' to begin raising more kids.

The music icon, 72, is already father to two sons, Zachary, eight, and Elijah, six, and gushed that being a parent is 'fantastic' during an interview with The Sun.

Elton, who is currently on his goodbye tour Farewell Yellow Brick Road, explained that as a dad he has 'other things to do' with his time, as he prepares to close the door on his touring career.

In the last decade Elton has married his long-term partner David and welcomed their two sons, but he claimed that he never expected his life to take this turn of events.

He revealed to the publication: 'It's fantastic being a dad. Ten years ago if you'd have told me that, I'd have said you're crazy.'